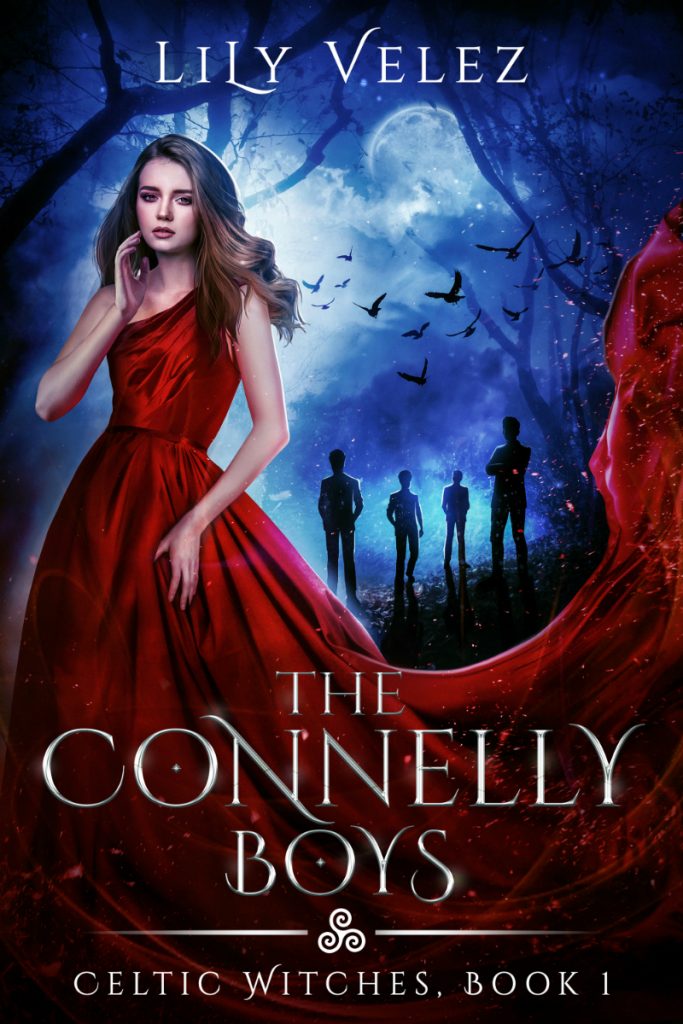 Now Available on Amazon (and free to read for Kindle Unlimited Subscribers!)

Witches, magic, mystery, and adventure. The Secret Circle meets Shadowhunters in this addictive new dark fantasy you won’t be able to put down!

When 17-year-old Scarlet Monroe arrives to the sleepy seaport town of Rosalyn Bay, Ireland, the last thing she expects is to get tangled up in the dark and mysterious world of The Connelly Boys.

Popular, wealthy, and devastatingly beautiful, the four brothers have effortlessly cast a spell on just about everyone. Especially eldest brother Jack, the most breathtaking of the boys and the one to whom Scarlet feels inexplicably drawn.

There’s just one problem: Jack is cursed. At least that’s what all the local superstitions and folklore say.

But when Scarlet inadvertently banishes a demon while trying to save Jack’s life, unleashing powers she didn’t even know she possessed, she quickly realizes curses are the least of her worries.

Now with demons hunting her down and dormant magic awakening within her, Jack Connelly may very well be the only one equipped to help her.

Especially when she discovers the truth of who and what she really is…and how she might be all that stands between an ancient evil and the fate of everyone she loves.

Don’t miss this first installment in the new bestselling fantasy series by Lily Velez, which features Irish folklore and mythology, page-turning action and adventure, and a dazzling world of witches and magic that will keep you reading long into the night!

“I was blown away by the fascinating storyline, the incredible characters, and the outstanding world building!!! The Connelly Boys is wicked good and simply amazing!!!”
-Jennifer, Amazon Reviewer ★★★★★
“This book is amazing! I read without hardly stopping because I couldn’t put the book down!”
-Carrie, Amazon Reviewer ★★★★★
“A magical 5-star read!! I was drawn in from start to finish. I highly recommend this one to any age group with an interest in the PnR/Fantasy style of genres with Witches, Demons & Irish lore at its core!!
-Debbie, Goodreads Reviewer ★★★★★
“Superbly suspenseful! Wow! This book was just full of fantasy! I loved how it really embraced the old Irish/Celtic traditions and beliefs.”
-Beth, Amazon Reviewer ★★★★★
“OMG this book was amazing. Fast paced and filled with action. I recommend this book to anyone who loves witches and demons and old Ireland folklore.”
-Jill, Amazon Reviewer ★★★★★
“It blew my mind away! It was so intriguing from beginning to end. The story was full of twists and turns. The ending was fantastic and I can’t wait to read Book 2!!”
-Crystal, Goodreads Reviewer ★★★★★ 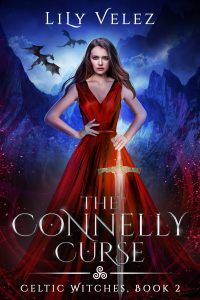 Now Available on Amazon (and free to read for Kindle Unlimited Subscribers!)

Gods, dragons, dangerous trials, and an epic, forbidden love. The bewitching, bestselling Celtic Witches series continues in this action-packed second installment that will keep you up all night!

Every action has a reaction.

Scarlet Monroe is learning this hard truth firsthand. Though she and the Connellys stopped a Reaping and the rise of a Soul-Eater, it wasn’t without consequences.

Now the spirits of the damned are loose in Rosalyn Bay, and what’s worse: Scarlet’s father has fallen under the manipulations of a dark, evil presence.

To free him from it, she’ll have to venture into the depths of the Celtic Otherworld in order to retrieve a magical item called The Eternal Flame.

But the Otherworld is fraught with savage gods, wicked demons, and deadly trials at every turn. And braving them all may just cost Scarlet her very life.

The stakes are higher than ever in this second installment of the bestselling action-packed urban fantasy series that readers are calling “hard to put down,” “wicked good,” and an absolute “must read!” Irish folklore, Celtic mythology, adventure, romance, and magic come together in this bewitching follow-up that fans of Cassandra Clare and JK Rowling will completely devour!